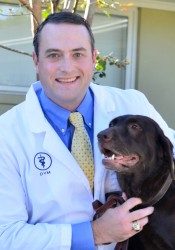 Dr. Wylie began practicing medicine at Wateree Animal Hospital in May of 2007 and became an owner in 2014. He is a native to South Carolina, he  grew up in Fort Mill and graduated from Fort Mill High School. Dr. Wylie lives in Camden with his wife, Magda, and adorable daughters, Campbell and Reece. Magda is an equine Veterinarian practicing with South Carolina Equine Associates. He shares his farm with his dog named Kirby, two cats, CC and Harley, and a horse and 2 ponies! In his extra time he enjoys family time as well as hunting and fishing.